Music Styles
With so many options of musical styles, you could easily get overwhelmed trying to choose which one is best for you. To make the choice easy, we have tried to give you an overview of the main styles covered by our artists.

Variety/Cover bands (Most Popular for Weddings and Corporate Events)
Variety bands perform top dance hits from well known artists rather than playing originals. A truly versatile dance band plays everything from jazz, soul, motown, disco, R&B, blues, pop, contemporary, swing, to current dance music hits. A dance band will typically include male and female vocalists, a saxophone, keyboards, bass, guitar, drums and percussion, and even a brass section. Good dance music creates a potent sound and energy that ensures the musical success of your event. Other terms for variety bands are ‘cover band’ and ‘dance band’ and ‘pop band’.

70s
To most of us, 1970s music means one thing and one thing only…DISCO!! It was the decade of Donna Summer, the Bee Gees, Saturday Night Fever, and John Travolta. Style in the seventies meant polyester suits, platform shoes, mood rings and afros. Songs like “Staying Alive”, “YMCA”, and “Disco Inferno” will be forever associated with 1970s music. A 70s band will not only cover the best songs from the disco era they will wear the best in 70s fashion also and leave you dancin’ the night away!

80s
A theme party with an 80s cover band is more than fun — its wild! Hair was wild and the clothes were wilder and bands like Depeche Mode, INXS and Flock of Seagulls set the fashion. This was also the era of crossover heavy metal with the growing popularity of 1980s bands like Whitesnake, Twisted Sister and Motley Crue. When booking an 80s band, plan for groups that utilize a great deal of technology including synthesizers and other high-tech instruments that helped define that 80s sound.

Blues Blues
bands are commonly comprised of a lead singer, guitar, drums, bass, piano/keyboards, and harmonica. There are many different styles of blues music often based on the place of origin. Examples include the electric sounding Chicago Blues, the guitar-led Memphis Blues, the rhythmic Mississippi Delta Blues, and the swingy Texas Blues. Other styles of blues include Country Blues, Jazz Blues, and Gospel Blues. Whatever your preference there’s a Blues band out there for you.

Christian Rock
Christian rock music comes in a variety of genres including heavy metal and contemporary Christian. In addition to the wide range of musical styles, versatility in the number of instruments, band size and more. From full stage shows with lights and electric guitars to soloists with a single mic and piano, Christian rock bands give you more freedom to choose what’s best for your event. Incorporating messages about Christian faith with the upbeat styles of rock music, Christian rock music offers an excellent form of entertainment for youth, teen and young adults for events and fundraisers.

Country
Country music has lyrics which portray the failures and successes of everyday living. This is largely what makes it so appealing. Despite the influence of other styles, it has retained an unmistakable character with diverse performers such as Willie Nelson, Garth Brooks, Tim McGraw, The Judds, Shania Twain and the Dixie Chicks. Country western music of today is widely popular and a good country band will kick any party into high gear, so hire a country music band or country singer for your next special event!

Classical Classical
music is both elegant and sophisticated. Performers often achieve very high reputations for their musicianship with the music distinguished by the instruments. These include the violin, cello, double bass, guitar, harp and piano among others. Nothing provides more romance, elegance, and intimacy than the beauty and passion of these instruments. The musicians can perform everything from ‘traditional’ classical music such as Beethoven and Mozart, to arrangements of modern pop and film music or even provide a fanfare of trumpets to mark your arrival at the event!

Funk/R&B
Funk bands include artists such as James Brown, The Isley Brothers, Earth Wind, & Fire to Parliament, Cameo, Kraftwerk and Jamiroquai. The music uses strong rhythm and a great diversity of instruments. Funk musicians can use drums, bass guitars, rhythm guitars, keyboards, synthesizers, brass and other instruments when they perform. Regardless of what instruments they incorporate, one thing is certain: The dance floor will be full! With infectious grooves this music cannot fail to get you moving!

Klezmer
Klezmer music is typically played at Jewish celebrations. A pure klezmer band has no vocalists and no drummers, but are most commonly comprised of multiple combinations of the clarinet, violin or fiddle, accordion, mandolin, tuba, upright bass, and harp. Klezmer music is made for dancing while holding hands or dancing with a partner. An example of this music can be heard in the timeless play ‘Fiddler On The Roof’. Klezmer music is no longer exclusively Jewish music and creates a true fusion between old school club jazz and its traditional sound which will surely have your guests dancing!

Motown
Motown music began with the founding of Motown Records in 1959 by Berry Gordy. It was named for the ‘motor town’ of Detroit, Michigan. The Motown sound originated with such greats as Smokey Robinson and the Miracles, Four Tops, Temptations, Commodores, Surpremes, Marvin Gaye, Diana Ross and Stevie Wonder. Energetic performances coupled with smooth vocal harmonies, full horn sections and infectious grooves keep the audience packed on the dance floor. The electric atmosphere will never fail to ignite the evening!

Rock
Rock music took the world by storm back in the 50s and is attributed to The King of Rock and Roll, Elvis Presley. However, rock music has expanded greatly over the years and includes Southern Rock, Classic Rock, Alternative and current Top 40. Electric guitar, bass guitar, drums and keyboards are standard instruments in a rock band. From classic legends such as the Eagles and AC/DC to current artists like Green Day and Fall Out Boy — we continue to rock on with your favorite artists!

Salsa
If you are looking to spice up your next event, salsa music will certainly turn up the heat! Salsa is a mixture of Afro-Caribbean and Latino rhythms originating on the streets of New York City in the 1960s. Today, salsa music is most often associated with Puerto Rico and Cuba. One of the worlds most famous salsa musicians was Tito Puente who reached the height of his popularity in the 1950’s. Closely associated with salsa music is salsa dancing which along with the merengue, mambo, cha-cha, and tango, make up some of the most popular Latin American dances.

Swing
Swing music is a style of jazz originating in the 1930s and 1940s and was made famous by such big bands as Duke Ellington, Benny Goodman, Woody Herman, and Count Basie. A Swing Band may vary in size anywhere from 7 or 8 performers to as much as 18 performers. A typical Swing band / Big band consists of saxophones, trombones, trumpets, a rhythm section (piano, bass, guitar, and drums), and vocalists. If you’re ready to ‘Jump, Jive and Wail’ then a Swing band is just what you need! 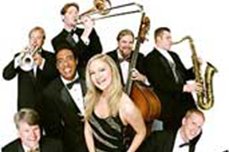 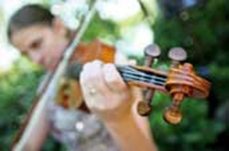 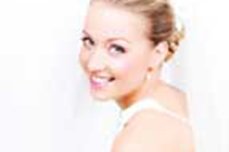 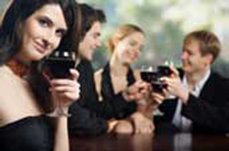 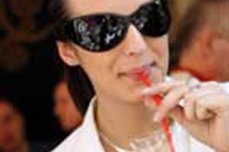 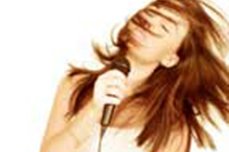